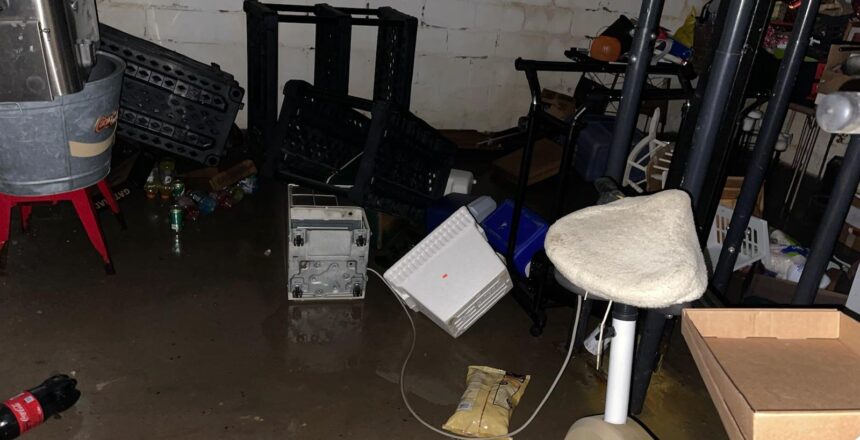 DETROIT — The torrential rain that fell late Friday was not the first time Connor Creek was overwhelmed in District 4 — and it won’t be the last. Officials blamed unexpectedly heavy rains, but my family and hundreds of other residents in District 4 have come to expect the Great Lakes Water Authority’s (GLWA) facilities are not up to the task of keeping our basements and our neighborhoods safe or dry.

Given the flooding that has shutdown highways and turned basements throughout southeastern Michigan into lagoons, it’s clear this problem is not unique to the Eastside. But what’s become increasingly difficult to understand is why it seems the Eastside has had to endure more flooding than most metro communities.

That’s why I’m calling on the City of Detroit and Great Lakes Water Authority officials to provide immediate relief for residents and business owners, and to make finding a permanent solution a priority.

Mayor Dennis Archer identified the need to invest billions in the city’s water and sewerage system in 2001, during his final year in office. Detroit Water and Sewerage Director Gary Brown on Saturday said the problem stems from global warming creating torrential rains that exceed the system’s capacity to handle stormwater. The time to act is NOW.

Since we can’t end global warming before the next downpour, the City and GLWA should work together to help residents of District 4 install backflow preventers and sump pumps. Detroit City Council should approve using some of the $400 million of the  federal American Rescue Plan Act money coming to Detroit to help homeowners and businesses located in the area serviced by Connor Creek  — roughly the waterfront to I-94 — make these improvements.

But that’s just a short-term fix.

The City and GLWA  must explore all options — from increasing the capacity at Connor Creek to working with the U.S. Army Corps of Engineers — to find a long-term solution.

Neighborhoods like flood ravaged Jefferson-Chalmers are leading Detroit’s revival. But they cannot continue to prosper and grow when residents who have already endured multiple catastrophes in which water has risen up to five feet deep in their basements. I applaud the City for addressing flooding along the canals by installing Tiger Dams. But other serious problems remain.

This creates an unfair emotional and financial burden on District 4 residents, and costs our water system precious resources and dollars that could be used for other improvements.

While my family is still sifting through the ruined keepsakes and upended appliances in our basement, our hearts go out to our neighbors who have experienced this hazardous and heartbreaking occurrence multiple times.

But I offer more than sympathy. On Monday morning, I will contact the Great Lakes Water Authority board of directors to request the opportunity to speak on behalf of my neighbors to drive home the point that our patience is exhausted and they must make solving the problem of flooding in the Connor Creek service area a top priority.

I also call upon my neighbors to contact the Detroit City Council to urge members to approve spending ARPA money on both a short- and long-term solution. To reach the city council, call (313) 224-3443.

The City talks about “Opportunity Rising,” and I truly believe it is. But the water is rising, too. And unless we can get it under control, Detroit’s ability to rise will be seriously impeded.

ABOUT M.L. ELRICK—M.L. Elrick is running for a seat on the Detroit City Council in District 4 to be a stronger voice for Detroiters at City Hall. He’s focused on finding more job opportunities for residents, enhanced neighborhood safety, and greater accountability in government. After 30 years as an award-winning investigative journalist and problem solver, Elrick vows to work just as hard for his neighbors as their District 4 Councilmember. For additional campaign information, visit www.ML4DETROIT.com.