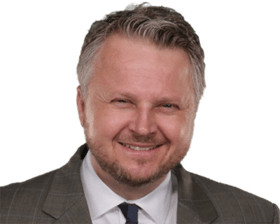 Pulitzer Prize-winning journalist M.L. Elrick plans to run for Detroit City Council after leaving the Detroit Free Press.
Elrick has filed paperwork to create a candidate committee for the 2021 election. He said he accepted a buyout from the newspaper.
He and Jim Schaefer won a Pulitzer Prize at the Free Press for exposing scandals involving Kwame Kilpatrick, who resigned as Detroit mayor in 2008. Besides working at the newspaper, Elrick has been a reporter at metro Detroit TV stations.
“I think people know what I can do,” Elrick said Tuesday. “They’ve seen me for the last 20 years trying to get to the bottom of things, trying to make sure that government works, calling out people who are cheating us, people who are stealing, who are putting self-service before public service. That’s not going to change.”