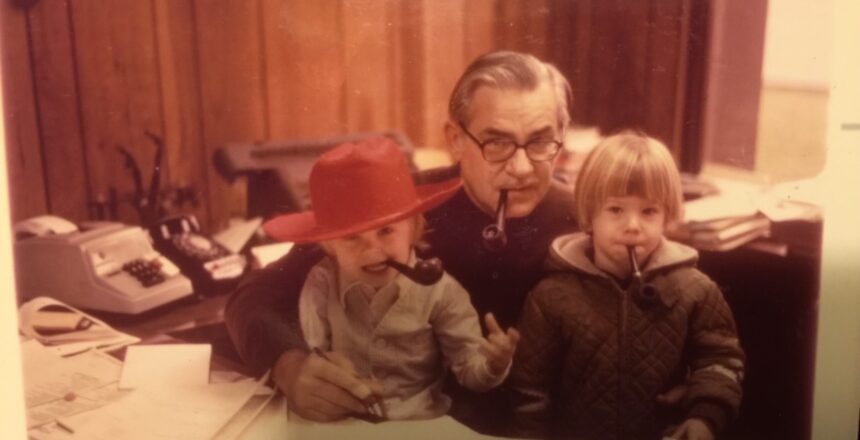 I mark every Father’s Day the same way: I go to Facebook and Twitter and post an e-card that says: “Happy Father’s Day to all the real men … Sit down deadbeats, we’ll celebrate you on April Fool’s Day.” And then I visit my grandpa’s grave.

It’s a funny card, but it hits a little too close to home for those of us raised by single mothers who relied on grandfathers, uncles, stepdads, pastors, coaches, teachers and neighbors to provide the positive male role models that every child deserves, that every child needs.

It has been nearly 20 years since I last saw my dad. My parents divorced when I was about two years old, and he dipped in and out of my life as he saw fit. It wasn’t until I had been a reporter for several years that I realized the “Friend of the Court” who kept sending us letters wasn’t some judge or clerk who had befriended my mom.

It often seemed to me that my parents could not have been more different. I am my mother’s son, raised to stick up for underdogs, share whatever we have with those who have less, and approach life with curiosity rather than cynicism. My dad and I rarely saw eye-to-eye on matters as mundane as which football team to cheer for or as important as which political party to support. The breaking point came when he chose hate over love, which is why we haven’t had a relationship for nearly two decades.

None of the reasons are good enough.

I don’t write this to even a score or to elicit pity, but to celebrate the men who looked out for me. I am grateful for my grandpa, who was like a father to me, as well as my uncles, my stepdad, my coaches, pastors, teachers and neighbors who made time for me, inspired me and provided positive role models.

The example they set is why I am so close to my daughters, and why I treasure every moment with them. Family is everything to me.

It’s why I became a coach; dashed out of the office so often for parent-teacher conferences; spent long hours as a chaperone, sleep-away camp cabin leader and school commissioner; beat the bushes as a fundraiser and team and school recruiter; and got spattered as a school play set painter.

It’s why recreation, jobs and stabilizing neighborhoods are so important to me and are pillars of my campaign for city council. Sports, the arts and other activities provide crucial opportunities for kids to interact with and learn from the kind of positive male role models who helped me live a productive life and work so hard to provide my girls with the kind of dad I always wanted.

And it’s why I believe REAL men—no matter what challenges they have faced—rise up to reclaim Father’s Day, to be the dads they never had, to be the quiet heroes who look out for the children whose biological fathers are better remembered on April 1st.

I thank and salute all of them—especially the ones who were there for me.